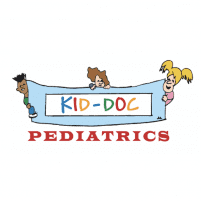 ADD/ADHD (Attention Deficit Disorder/Attention Deficit Hyperactivity Disorder) can have a significant impact on your child's quality of life. Behavior, grades, relationships with family and friends can be affected. It can make focusing on everyday tasks difficult. At Kid-Doc Pediatrics, we have the resources to refer for evaluation as well as manage medication therapy in our office. To learn more, schedule a visit by calling the office today at 210-492-0900. We are here to help.

Approximately 6% of children in America receive medication for ADHD. While symptoms of ADHD tend to improve as you get older, it’s estimated that over 4% of Americans over the age of 18 deal with ADHD daily.

What are the symptoms of ADHD?

ADHD can produce a variety of symptoms, including:

If your child is exhibiting any of these behaviors, don’t hesitate to schedule a visit with the experts at KID-DOC Pediatrics to discuss diagnosis and treatment options.

It’s not exactly clear what causes ADHD. Some research suggests that it has a genetic component, and it’s also thought to be neurological. A deficiency in dopamine (a chemical in the brain involved in transmitting nerve signals) might also be a potential factor.

ADD stands for attention deficit disorder. This used to be the term that mental health professionals used to describe people who have difficulty paying attention but don’t exhibit signs of hyperactivity, but the name is no longer in use.

Instead, this condition is now considered the “predominantly inattentive” subtype of ADHD. People with this type of ADHD have trouble focusing, following instructions, and finishing tasks, but they don’t necessarily exhibit hyperactivity or difficulty controlling impulses.

How do you diagnose ADHD?

Diagnosing your child with ADHD doesn’t happen with one single test. Instead, it’s usually determined by a combination of assessments.

The team at KID-DOC Pediatrics typically gathers information from the people in your child’s life, including teachers, school counselors, and family members. In some cases, the team might refer your child to an ADHD specialist, a psychiatrist, or a neurologist.

How do you manage ADHD?

KID-DOC Pediatrics recommends behavioral therapies, medication, or a combination of both in treating ADHD.

Central nervous system stimulants are the most commonly prescribed medications for treating ADHD and work by increasing the levels of norepinephrine and dopamine in the brain.

If your child doesn’t respond well to stimulants, the team might recommend non-stimulant medications, like atomoxetine or certain antidepressants.

KID-DOC Pediatrics believes that better focus is essential to success and looks forward to working with you and your child to manage their ADHD symptoms. To get started, schedule a visit today by calling the office and speaking to a friendly team member or booking online.